These are some things that I made.

Some time near the end of the 20th Century, I was involved in a production of The Scottish Play (Google it, kids.  Self-education is very rewarding!)  Some how some member of the production had gotten their hands on bags and bags of scrap leather.  Don’t ask me how.  So that show had a lot of leather in it – added to costumes, made into props, draped on the set.

We were lousy with the stuff!

When the show wrapped, there were still plenty of scraps about.  Someone mentioned that In Olden Times masks had been made out of leather.  I’d recent been assisting a friend who was making life masks for people, so I took a bunch of the leather home and started experimenting.

I would get the leather wet, and then shape it on a life mask.  Initially I used water, but later moved to liquid starch, which can be found in most grocery stores.  The wet leather was quite pliable and could be formed into interesting shapes.  The starch helped it hold its shape after drying.  Some trimming and acrylic paint finished the job.

The gallery below features some of my favorites. 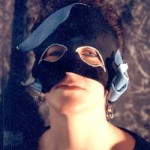 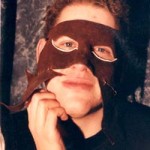 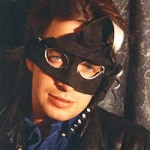 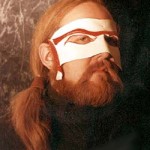 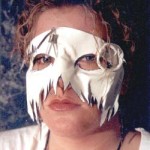 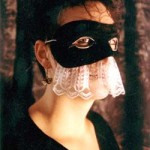 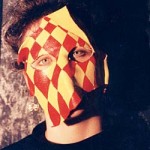 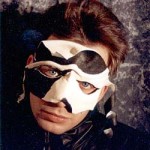